Menu
BACK TO THE STAFF HOME 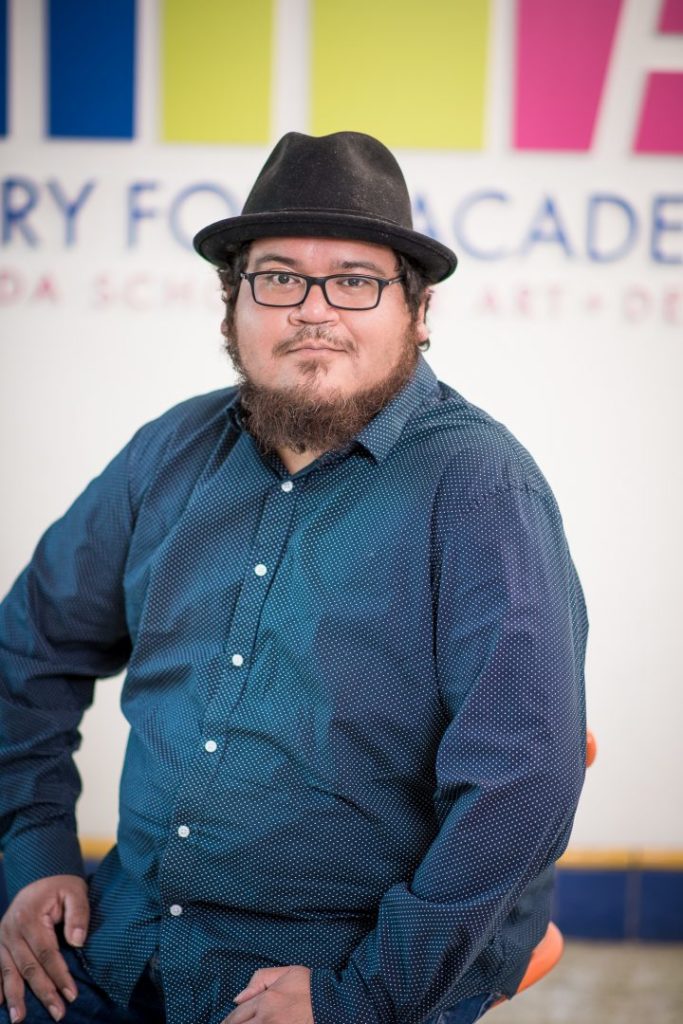 John Medina was born and raised in Corpus Christi, Texas; the hometown of Whataburger and Selena. He received his BFA from Texas A&M University-Corpus Christi and his MFA from Northern Illinois University in Dekalb, Illinois. He currently lives and works in downtown San Antonio as an art instructor for the Henry Ford Academy, where he enjoys sharing his knowledge and skills with the future movers and shakers of the San Antonio Art scene.  He is inspired by the talent and creativity of the young people he gets to work with each day.

Medina is also a working artist and designer, having exhibited his work both nationally and internationally. He often incorporates a variety of media into his artwork but has an affinity for hot glue and relief printing. His artwork is influenced by Mexican folklore, Texas history, urban legends, cryptozoology, quantum physics, religious iconography, cultural traditions, science fiction, comic books, “gangsta” rap, breakfast tacos and late night story-telling. One of his best-known accomplishments, a collaboration with San Anto Cultural Arts, was the completion of the world’s first stereoscopic 3-D mural entitled, Vision del Futuro. Located in downtown San Antonio, this large-scale mural project, funded by the National Endowment for the Arts, features an innovative painting technique that is enhanced by the use of 3-D glasses.